In the 22nd century, part of the world returns to history.

museum dwellers re-create life from prehistory to the 20th century.  Separate from all modern influences, some dwellers forget that a modern world  of vast Cities exists outside the borders.

When Alexander Kane (son of a powerful Metro

Senator) marries a museum dweller, the young couple becomes the target  of a growing, worldwide struggle between the Cities and museums.

Crossing borders in​to the 12th, 18th, and 20th centuries,  The Last  Relicuin unravels a mystery​ that pursues one family into three different periods of history. 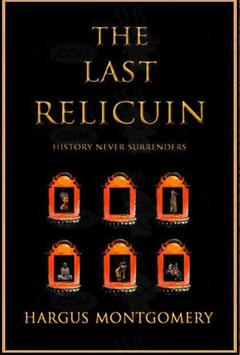